Hi Reni, can you tell us about yourself? 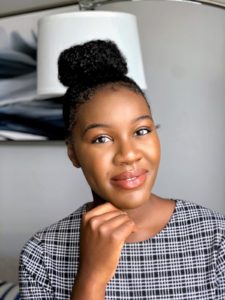 Hello! I’m Reni Amayo, and I’m the author of Daughters of Nri, a fantasy novel set in ancient Nigeria. I’m also the co-founder of Onwe, an independent publisher and lifestyle brand dedicated to highlighting diverse authors and under-represented cultures and ideals. Before entering the publishing world, I worked at an investment bank *yawn* and studied aeronautical engineering at university *double yawn*. I was born and raised in London. I still live here (well…Kent), and I’m Nigerian.

Can you tell us about your latest books?

My latest book is called Daughters of Nri, and it is a fantasy novel set in an ancient Igbo kingdom called Nri. It follows twins, separated at birth, goddesses who grow up believing that they are human. They’re powerful, flawed andready to destroy the man who brought the gods themselves to their knees.

I started writing when I was 14 years old. I discovered that not only did I love writing, but I needed to write. Ever since then, every day, I tried to write something: poems, plays, countless first chapters. Then, on one very unremarkable day, I started writing a book that turned into Daughters of Nri. 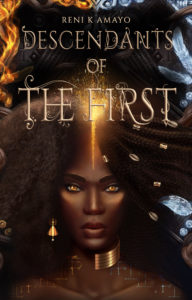 It took me a long while to see myself as a writer. Writing had nothing to do with my day job, and I hadn’t given much thought to getting published. At the time, writing was something that I did for me, and me alone. Now and again, I would imagine a time, somewhere down the line, when I was an old retired woman. I imagined that it would be then that I would finally start thinking about p

ublishing my writing. But then I finished my first book, and I realized I wanted people to read it now, not when I was old and grey, but now.

It was at that moment that I decided I wanted to be a writer.

The best part for me is getting to watch a story come together. When I’m creating a story one of the first things that I do is picture it inmy head. I imagine these tense, beautiful scenes in my head. Getting all of that down on paper is a p

rocess in itself. Eventually, there will come a moment when I re-read a passage, and I think, that’s it – no, that’s better than what I imagined it would be. 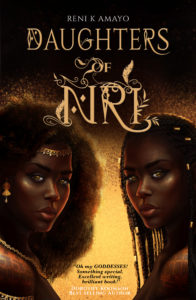 The original idea always seems to take on a life of its own, and suddenly it’s something re
al, something interesting with layers and meaning. There’s always something so exciting about that moment!

I’m currently editing my second book, Descendants of the First, which is the sequel to Daughters of Nri.

In this book, we’re entering the Kingdom of Nri when it’s on the cusp of a major change. This time around, I got to explore some themes that have been on my mind naturally as a black woman living through 2020.

I’ve explored the concept of societal change. I’ve explored the notion that changing a system requires a lot more than simply swapping over figureheads; it requires a drastic dismantling of the current systems itself and the practices in place that leave groups of people vulnerable and at risk. I’ve explored betrayal, love and loss. I’ve discovered lost African mythical beasts and customs, and I’ve fed that all through this book. I’m in love with this book, I’m proud of it, and I’m so excited to share it with everyone!

I love consuming content, so mostly that means reading, watching TV (and when it was safe) going to the theatre and cinema. Lately, that has also meant spending shameful hours on TikTok.

I also love going out to eat, nothing beats a cute restaurant, intimate chats and a nice glass of wine.

I don’t think I’ve ever tried cream soda, so I’m going to pick that – might as well see what the fuss is about! Plus, I’m not a fan of lime, unless there’s tequila involved.

Trainers. I find flip flops to be a bit hard to walk in.

Leaving it out – I choose comfort over almost everything!

Beyoncé. Okay so technically this isn’t a “celebrity spot” in the traditional sense. It was more like…I went to her concert. But I did manage to push myself to the very front, and we made eye contact. So I think it must still count.

Oh, I also spotted Gwendoline Christie (she played Brienne of Tarth in Game of Thrones). We were waiting at the same pedestrian stop together and there was an awkward moment where she knew that I recognized her and I knew that she wasn’t in the mood to say hello to a stranger, but I kept glancing, all the same, to check if it was really her. Yeah, good times.

Oh, this is hard. I think I would start a rumour that a radioactive spider or something had bitten me and it had made me clairvoyant. Also, I’m very wise and careful, and so I’ve refused to admit it or tell people about the future.

That way, now and again I would “slip” and say something foreboding like “oof, I don’t know about that Brexit,” or “Ahh so Trump was the slippery slope to – oh, sorry it’s simply too terrifying to say,” and people would actually pay attention to it.

Thanks, Reni, where can we find out more about you? 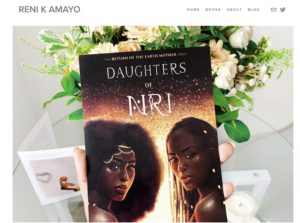 Where can we buy your books?

You can get signed copies of my book,  Daughters of Nri and pre-order Descendants of the First from Onwe directly (released March 2021). They’re also available on Amazon and most booksellers.