Hi Patrice, can you tell us about yourself? 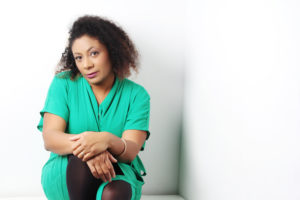 Brighton-born, Sussex-brought up, London-polished then returned to Sussex. I’ve been a full time writer for about three years and before that juggled writing with working for charities. My first book for young adults, Orangeboy, was shortlisted for the Costa Children’s Award and won the YA Prize and Waterstones Prize for Older Children’s Fiction. It made my mother very happy.

Eight Pieces of Silva is published on 6th August. Sixteen-year-old Becks and 18-year-old Silva are sisters by marriage – well, the wedding has only just got round to happening. Silva accompanies her dad and Becks’s mum to the airport for their honeymoon but doesn’t come home. Becks must go into the forbidden territory of her sister’s bedroom to find the clues that help her discover Silva’s secret life. 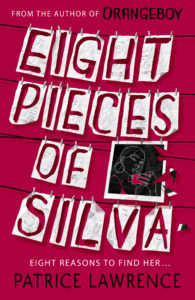 I suppose it’s a book about what happens when obsessional love meets obsessional falling love with copious Black Panther, gratuitous Lord of the Rings and a strong seasoning of Korean pop.

I’ve always written stories and poems. I enjoyed it but it was also

*whispers* an attention-seeking thing too. Actually, it probably still is. I had some fantastic teachers and friends who’ve encouraged me. I even had a poem performed at a Midsussex literature and arts festival by a Doctor Who assistant. Few can say that.

My brothers are much younger than me so I used to write stories and poems for them too. It was a time when black and mixed race children could not be found between the covers of conventionally published books – well, not down my end of Sussex. So, I think I wrote for my brothers so I could make them heroes in stories.

However, when I wanted to be published, all my characters were white. People like me weren’t in books. Nor as the leads in mainstream films that didn’t star Eddie Murphy. We were invisible and I completely accepted that as the way things were – until – I saw Malorie Blackman’s Pig Heart Boy on TV. It was like a door opened for me and I found my writing voice. I was 32… 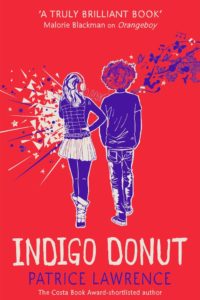 Having somewhere to deposit all the fragments of conversation, random observations and ‘what ifs’ that are constantly bashing around inside my head. I love developing characters and breathing life into them then putting through terrible, terrible stuff.

I also enjoy the research. The work I put in for Eight Pieces of Silva – it was grueling. Rewatching all the Marvel films, watching K-Pop choreography videos, brushing up on The Hobbit and Lord of the Rings, googling pictures of mackerel tabbies – terrible I tell you. 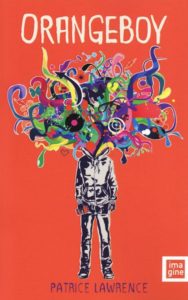 A new book for young adults. A picture book inspired by the arrival of the Empire Windrush in the UK in 1948. An unannounced contemporary book for younger teenaged reads. And loads and loads of ideas.

I love live music – I’m really missing it. Last year I was lucky and saw some great gigs including Hyukoh (Korean indie) three times, and the Cuban jazz pianist Roberto Fonseca in a slightly dilapidated ex-cinema in Dalston.

Plain chocolate Hobnobs. Not too sweet and a great tea dip if you’re quick.

Cream soda for nostalgia and limeade for even more nostalgia, splashed into Advocaat for Christmas snowballs.

I have feet like a hobbit, so best not the flip-flops.

Depends of the volume of food previously consumed. So usually out these days.

James McNaughtie on a Northern Line tube a couple of Decembers ago. He was unimpressed because the person I was chatting with took the seat he was heading to.

Catherine Johnson and I are the same person.

Plantain! I prefer my gratification to involve the minimum of cooking.

Thanks, Patrice, where can we find out more about you?

You can order Eight Pieces Of Silva on the Hive network to buy from your local independent bookshop: Eight Pieces of Silva – on Hive and Letterbox Library.