Hi Louise, can you tell us about yourself? 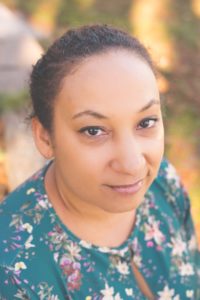 My name is Louise Hare and I’m a new author. My first novel was published in March 2020. I’ve had short stories published on MIROnline and also in The Good Journal. My shorter fiction tends to be contemporary but my novels (one unpublished and in a drawer, two more in various stages of writing) are historical.

My debut novel is called This Lovely City. I suppose you could call it a Windrush novel. It’s set in Brixton, 1950 and it’s a murder mystery, though it’s more about the community. It’s also a bit of a love story. My characters are Lawrie, a Jamaican musician who came over on the Windrush, and Evie, who’s mixed race and grew up in London. They’re in love but when Lawrie ends up falsely suspected of murder, everything changes.

I wrote stories when I was a kid but I admit that I went years without writing anything for fun. I was bored with my job really. The actual job was fine and I had lots of friends where I worked – it was more that I needed a challenge. Going through the process of getting published was certainly that! 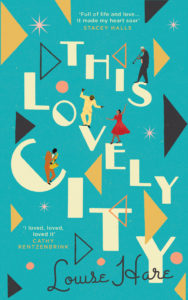 My old job was in the travel industry. I left at the end of January to give writing a go full-time for a bit, but now most of my old work colleagues are waiting to be made redundant because of coronavirus decimating the industry. For me, the best thing about being a writer has been the luxury of not having to sit around waiting to lose my job. I’ve managed to keep working.

My second novel is a crime novel set in 1936. My main character is a jazz singer who’s been offered the chance of a lifetime, a role in a Broadway show. She’s on her way to New York on the Queen Mary ocean liner when people start to die . . . It should hopefully have a real Agatha Christie-esque vibe to it. I’m editing it now so hopefully it’ll be published sometime next summer.

Travelling is a passion of mine and I was lucky that my previous job allowed me to travel quite a bit. I have my fingers crossed that I’ll be able to get away later this year. During lockdown I took up knitting and now I’m obsessed! I’ve almost finished a cardigan, which I’m very proud of, although I still have to sew it together and I’m not great at sewing so we’ll see how that goes…

This is a hard one! I have to say lemon drizzle though. It’s fruit so it’s good for you (we always used to say that when I was a kid!).

Limeade – for the same reason as above!

Trainers – I walk a lot and I’ve learned the hard way that flip-flops aren’t great if you have far to go.

It depends on what I’m wearing it with.

The two Sirs – Patrick Stewart and Ian McKellen. I was leaving a restaurant as they were going in and I tried to subtly brush past them. They were having a laugh and a joke with the staff at the desk, which made me love them even more.

That I once won an episode of The Weakest Link. I used to watch it religiously but I had a friend who had been on it and she made it sound terrifying so I never applied!

Thanks, Louise, where can we find out more about you?

To shop independent: This Lovely City at Seven Oaks Bookshop

For signed copies with an exclusive deleted scene: This Lovely City at Waterstones