The Thing About Revenge. . . 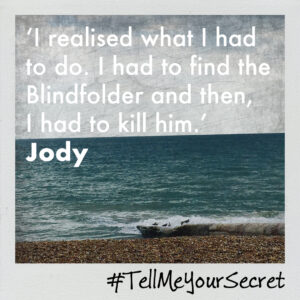 In Tell Me Your Secret, one of the characters is out for revenge. Is she justified or will she be damaging herself and everyone around her?

‘Revenge is a dish best served cold’ I think that’s the revenge quote I have heard most over the years. And it’s the one that makes the most sense: someone hurts or humiliates you, you don’t retaliate straight away, instead you take your time to formulate a way to hit back at the person who did that to you.

Your plan is very careful, very detailed and perfect, so when it comes time to execute your plan, that person will – possibly literally – be on their knees, begging your forgiveness. And in that moment, you will be able to indulge yourself in that other popular payback saying: ‘revenge is sweet’.

Will you, though? Will you? Because while revenge may seem to be a very important, integral part of our society, and a lot of our entertainment particularly – books, movies, films, music – seems to be have payback at its core, the reality of revenge is very different from the thoughts of it.

You see, from all I’ve learned while researching my fifteenth book, it seems ultimately, revenge rarely provides the sense of justice or balancing of the cosmic scales that you crave.

In Tell Me Your Secret, policewoman Jody has been hunting a serial killer called The Blindfolder for fifteen years. She made a catastrophic mistake all those years ago that allowed him to carry on killing and now she feels responsible for every life he takes. She is desperate to catch him, but even more desperate to put a permanent end to him. As she says: ‘I realised what I had to do. I had to find the Blindfolder and then, I had to kill him.’

While he didn’t do anything physically to her like his victims, she is still living in the aftermath of those crimes and believes getting revenge will alleviate her guilt.

When I came to research this element of the book, I found out lots of surprising things about the psychology of revenge. And, as usual, it wasn’t what I was expecting. Psychologists who have studied this subject for years have come to pretty much the same conclusion: the revenge you seek is unlikely to give you the cathartic closure or soul-deep satisfaction you’re after.

In a series of studies, American psychologists Kevin Carlsmith, Timothy Wilson, and Daniel Gilbert, found that people regularly predict inaccurately how they’ll actually feel after they’ve taken revenge on someone . . . in other words they think they’ll feel much better afterwards but are often hugely wrong about that.

In fact, the psychologists found, people are much more likely to feel worse than if they hadn’t carried out the punishment/act of vengeance in the first place. 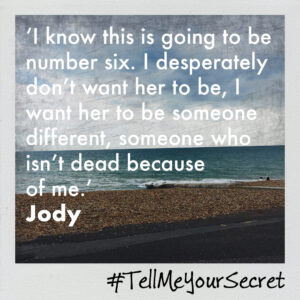 According to them, when you seek revenge on someone what you’re actually doing is focusing your anger on that person and anger is an emotion that only grows the more attention you lavish upon on it. As Carlsmith, Wilson and Gilbert say in their 2008 paper: ‘Anger led to punishment [revenge] which led to increased rumination about [person who is the target of revenge], and this rumination may have prevented people from engaging other strategies . . . that would have allowed them to move on and think about something else.’

They continue: ‘Participants failed to anticipate these effects, possibly due to their lay theories that punishment would improve their mood.’ In other words, if you’d focused on letting go of what was done to you, how you were wronged, rather than focusing on that other person, you might have been able to get on with your life and been happier as a result.

I’ll be honest, this does seem a bit of a tall ask and counter-intuitive to how you feel when we’re hurt. Over the years I’ve had many a showdown with those who have crossed me. By the time my elaborate and brilliant plan has been executed, the person who has wronged me is left a mere wreck while I look on from my perch as their destruction takes effect. Obviously this is all in my head. But feeling like that seems perfectly normal to me and wanting to carry out the revenge seems perfectly normal too.

However, the psychologists advise dealing with the negative feelings that the incident has thrown up and then moving on. Because you’re the one who will suffer – focusing on the act of revenge and carrying it out will only mean your mind is occupied and taken up with negative space the event created. And if your mind is occupied with nothing but thoughts of revenge, that obsession can consume you.

In Tell Me Your Secret, Jody is one of those people consumed by the need for revenge. Nothing is going to stop her finding and ending this killer – and she is so focused on that she starts to do questionable things to reach her goal including using innocent victims such as Pieta, one of The Blindfolder’s living victims, to reach that end.

And that’s the unsettling thing I uncovered in my revenge research – the pursuit of it can totally take you over, it can alter who you are, turning you into someone without boundaries who is willing to do anything and use anyone to get what you want. There might be some satisfaction at the end of it, but it will most likely be fleeting and will leave you feeling worse than when you began. And destroy everything else around you in the process.

Why does carrying out revenge leave you feeling worse? For several reasons, apparently. The main one is that those of us who don’t have sociopathic or psychopathic tendencies will feel bad about what we’ve done. And we’ll often feel bad about feeling bad, as well as miring ourselves in constant thoughts about the initial event and what we did in response. You basically don’t get any respite from thinking about what happened even when it’s supposedly ‘settled’ by carrying out revenge.

So, does that mean all revenge will leave a bitter taste in the mouth? No, not quite. German psychological scientist Mario Gollwitzer, found that it isn’t the act of revenge and seeing the person suffer that actually will make revenge ‘sweet’ – it’s the person realising why you are punishing them and acknowledging that they did you wrong. ‘The finding that it is the offender’s recognizing of his wrongdoing that makes revenge sweet seems to suggest that — from the avenger’s perspective — revenge entails a message,” Gollwitzer told The Association of Psychological Science. “If the message is not delivered, it cannot re-establish justice.”

That says quite clearly, if the person who has hurt you doesn’t understand what they did and accept your ‘punishment’ for their transgression, then you won’t feel anything like the satisfaction you’d expect. And in many ways that is handing your happiness to the responses of a person you know is capable of hurting you.

So, what are you supposed to do? How do you get over something terrible that has been done to you? Try to let it go, it seems. You take back power over that situation by not allowing what happened to define you.

Focus all that energy on taking care of yourself physically, mentally and emotionally. Instead of revenge being your project, make a better life for yourself your goal instead. Remember that other revenge saying? ‘The best revenge is living well’ that’s probably what’s good for you. I’m sure indulging in a little revenge fantasizing can’t hurt though – it’s more a case of not letting it consume you.

Jody in Tell Me Your Secret is altered by the pursuit for revenge. Do you think you would be? Or have you been? What are your experiences of revenge or getting payback? Have you been on the receiving end of revenge, how did it alter your life? I’d love to hear from you.

Feel free to email me or contact me on social media so we can start a conversation about it.

Talk to you soon. 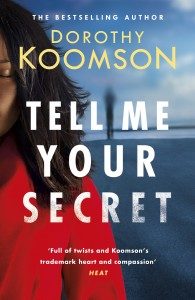